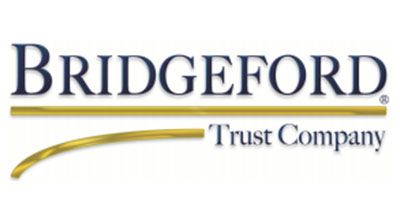 Bridgeford Trust Company is an independent trust company providing trust and fiduciary services to domestic and international families across the country and around the world. Through deliberately selecting South Dakota over other top tier U.S. trust jurisdictions for its trust charter, Bridgeford Trust Company leverages that state’s cutting edge, modern trust laws and represents a new and emerging wealth management service paradigm built around true independence and collaboration, delivering tremendous control and flexibility to settlors and beneficiaries of trusts, as well as their advisors.

South Dakota Advantage South Dakota has consistently been ranked as the top U.S. dynasty trust state, and its decanting statute has been ranked as the most progressive in the nation by Nevada Attorney, Steve Oshins. In addition, South Dakota has the strongest privacy provisions and one of the most powerful domestic asset protection statutes in the nation, as recently observed by Trusts & Estates Magazine. Consistently recognized as an innovator in the trust industry, South Dakota is also one of only three states with a Community Property Trust statute, a very powerful tax planning tool, and the only state in the nation with the Family Advisor role, referred to as a “trust protector light.”